Taste of Chicago is a yearly ritual for some Chicagoans but not all. The last time I went was when my daughter was a toddler. It’s changed a lot over the years. Gone are the days of the grand finale fireworks where I’d go early to scout the best seat at Monroe Harbor which was on the pavement if you didn’t have a chair or by Buckingham Fountain where the aroma of weed could be detected. I remember the masses of people rolling out like waves onto the streets rushing to get to the CTA train stations which were not modernized as they are now and ridiculously packed. And I remember Rainbow Cone. I would finish out my tasting spree with a full size Rainbow Cone. Sadly, they were not participating in this year’s festival. I also worked the Taste one year when I was employed at Dominick’s in the graphics department. We served corn on the cob, watermelon and other fruit. Boy was it hot. Good memories nonetheless.

Now the Taste feels more streamlined. The event is shorter too. It has the same great Chicago vibe though. There’s a security checkpoint which never existed before. I’m only making mention of this because I haven’t been in recent years. Shows you how much society has changed. I might add that the security checkpoints should have more people staffed. We had to wait in a long line with only 4 people working security. And after we left, the line was even longer. Luckily I brought my umbrella to shield out the sun beating down on our heads.

We had a fast move in the ticket line though. Got our Visitor Guide and picked our first spot. Kasia’s Deli. My daughter and I both opted for a taste of Potato Pancakes with Sour Cream. It was a generous taste portion. The latke was perfect. Moist, flavorful and cooked just right. We had a 3-minute wait but totally worth it.

The next stop we made was located diagonally across from Kasia’s. I needed a refresher. I spied the Chili Lime Watermelon at Farmer’s  Fridge. I got the full portion. As a matter of fact, I went back for a second helping and got the taste portion which was a pretty good size too. The mix of chili, lime juice and watermelon is just so refreshing, and obviously inspired by Mexican street food. It would have been perfect if they offered Elotes too. It reminds me of the Mexican candy I used to pick up at Dulcelandia in my hood that had those mix of flavors. In addition to the fruit, I tried their Avocado Toast taste portion which was scrumptious.

Right next door to Farmer’s Fridge was Texas de Brazil. There we sampled taste portions of the Brazilian Sausage and Bacon-Wrapped Chicken. I’m glad we were able to enjoy bacon somewhere at the Taste! The smoke and aromas wafting from the grill were endearing actually. Maybe because I haven’t grilled yet and don’t want to smell like a piece of burning charcoal slaving over a hot grill. However seeing others do it, it’s a-ok. Ah, the joys of summer.

We weren’t quite done with grilled foods. Our next stop was Chicago’s Dog House. My daughter loves trying exotic and strange foods. She went for the Alligator Sausage. They had Rattlesnake & Rabbit Sausage too. Maybe if I was stranded in the desert somewhere. I sampled a piece and it had so many spices, you really couldn’t taste anything different. It tasted like a regular sausage.

After hanging out in the North end of the Taste festival, we set ourselves on course to Star of Siam. I needed some Thai food. I always enjoyed a taste portion of Pad Thai. My daughter loves Coconut Ice Cream and no she didn’t share so I don’t know what it tastes like but it looks pretty good.

Thanks goodness for Tamales! If my daughter could, she would eat Tamales everyday and never be happier. Dia de Los Tamales offered a succulent taste portion of Cuban Pork Tamale with Cuban Fricase.

The last moments of our Taste journey consisted of keeping ourselves cool.  We tried taste portions of Caffe Gelato’s Lemon and Blood Orange Sorbets and Watermelon Italian Ice from Franco’s Ristorante.

But not before having seconds at Farmer’s Fridge. Heh heh… 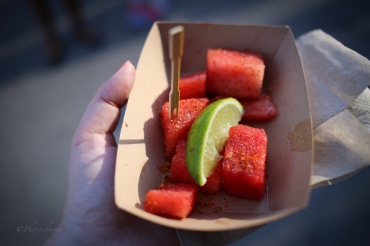 The festival runs from July 6-10th in Grant Park. Admission is free. Open from 11am-9pm W-F and 10am-9pm Sat-Sun. At the time of this posting, you only have the weekend to enjoy the Taste if you didn’t make it yet. Go early and bring an umbrella (helps against heatstroke; saw a guy getting driven off by EMTs so it’s no joke), stay hydrated and wear sunscreen! 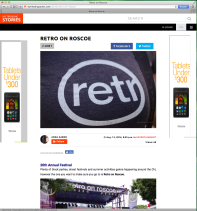 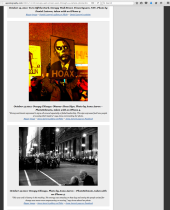 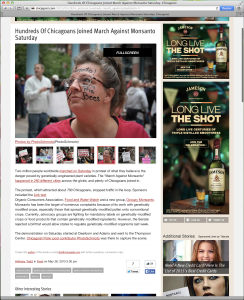 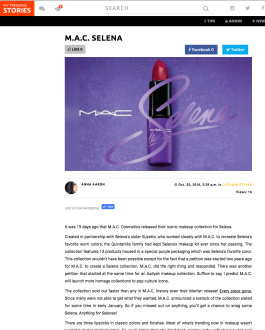 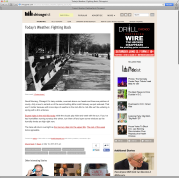 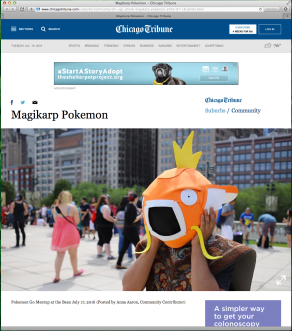 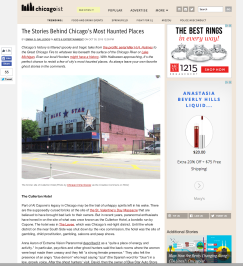 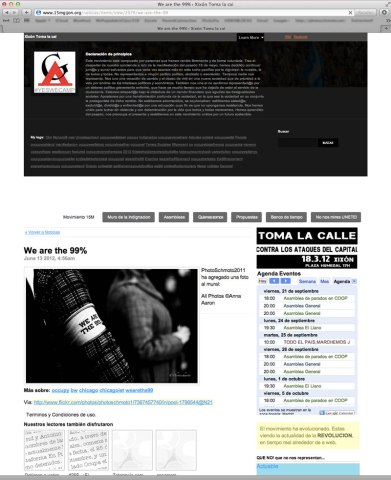 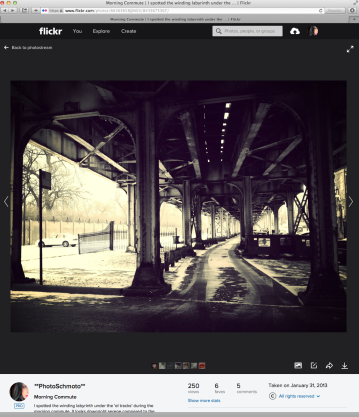 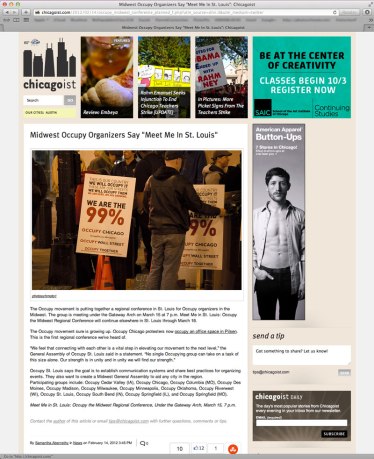 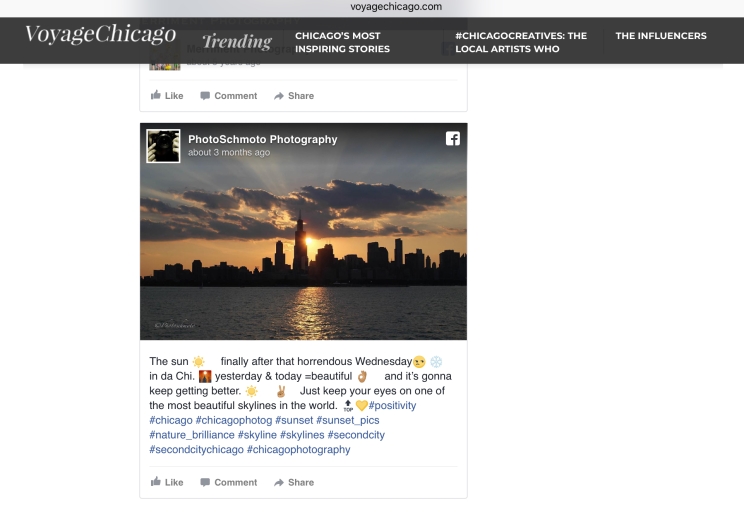